NOTE: WebGL has been re-enabled and is functional but I would still recommend the download as per the devlog as the WebGL build has a couple of minor issues.

Welcome to the wilds, survivor!

The world is in chaos after world leaders ignored an evolving virus that eventually turned the dead into walking corpses. With governments in shambles, some holdout organizations and communities have survived and evolved.

You are on your way back from a mission when an unknown assailant brings your chopper down in a small overrun town surrounded by forest.

Work with an unknown savior to survive, recover something of importance to her and escape with your life.

Dead Runner is a 3D FPS game made with Unity. It was made as part of the GameDevTV Unity3D course (the final project) and using Synty Studios' Polygon Apocalypse Assets.

- About 5 minutes of game play. It CAN be finished in as little as 1.5 minutes (excluding the intro) or can take a bit longer on your first time through.

- Moderately intelligent enemies: they will respond to sound, see further in front, and pack aggro in the immediate vicinity.

Feel free to leave feedback on what you would want to see added to the game next if this were a project headed for larger scale development :)

Check out more from PicusBGames!

Either download the appropriate build (Mac or PC) or play the WebGL version! 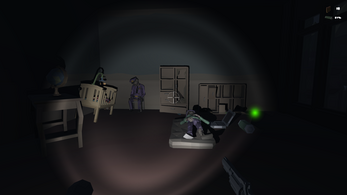 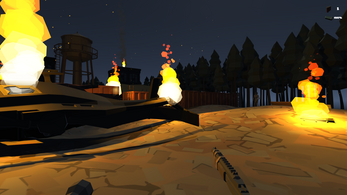 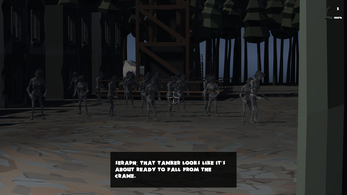